The places we spend time stay with us long after we’ve left. The schools we’ve attended. The houses we’ve lived. The places we’ve worked. Where we’ve had fun. Where we’ve been sick. Where we met who. And where we were when.

“We shape our buildings and afterwards our buildings shape us,” Winston Churchill famously said on the re-construction of the British House of Commons Chamber after it was destroyed during the London Blitz.

Much of who we are, how we feel, and how we see things can be rooted back to the experiences we’ve had in a place.

In Auckland, New Zealand, Building One has been many things to many people.

Built in 1865 as Whau Lunatic Asylum, later known as Carrington/Oakley Hospital, Building One’s history is often linked to misery. Its name not an uncommon sight on the region’s most haunted lists. These days, however, the atmosphere tends to be more studious than scary—the building now home to students studying art and design at Unitec Institute of Technology, one of Auckland’s largest technical schools.

Screening July 9th at the Melbourne Documentary Film Festival, “Building One” directed by Bertie Plaatsman uncovers the history of the space through the stories of those with first-hand experience of its former days as a psychiatric hospital to the faculty and students presently occupying the historic building creating new legacies in its halls.

Plaatsman is also a well-regarded stills and documentary photographer. Her work having appeared in group exhibitions throughout Auckland, and if you follow New Zealand entertainment news closely, chances are, you’ve even seen her publicity shots for television shows like “The Cul de Sac” and “Decades in Colour” featured online and in the press this year.

Ahead of “Building One’s” screening in Melbourne, Plaatsman tells Documentary Drive about the research she did for the film, why the location holds special meaning to her, and what she hopes the stories shared in the film can teach us about each other and our relationships to the places we visit each day.

Documentary Drive: Was there a specific moment when you knew you wanted to make a film about Building One?

Plaatsman: The building where I studied Bachelor of Design and Visual Arts at Unitec Institute of Technology, was called Building One and it was a great place to study. It is an old iconic building with a long history, and I love old buildings. In my last year while making my first, and award winning film “Close to Home,” I knew my next and last assignment would be a film about the building for a few reasons. I was intrigued by its past as a psychiatric hospital, and wondered how the spaces had been used, who the former inhabitants were and how they had experienced the building.

Furthermore, it was going to be my last semester in this place where I had spent such an important part of my life. The building had enhanced my learning experience, as it has lots of character and it is very photogenic.

Also students used the nooks and crannies to showcase their art and experiments, which added to the creative and inspirational atmosphere of the place.

The future of the building is uncertain as it is not earthquake proof, and I wanted to show the character of the place, as a tribute to the building and its occupants, both former and present.

Documentary Drive: Can you describe the type of research you did for the project?

Plaatsman: Through the Unitec library I got in touch with Sue Thomson who used to work as a nurse in the hospital before it closed down and became an Art and Design School. One Saturday morning we met inside the building so she could talk to me about the various spaces and what they had been used for.

It brought back a lot of memories for her, and I took lots of photos and notes. I had not planned to film her straightaway, but that is exactly what happened. So her interviews in the film are her first experience of being back in the building after it had closed down as a hospital more than 20 years before.

Sue got me in touch with a lot of her ex-colleagues, and I talked with tutors who had been there from when Unitec started. At that time part of the building was still used as the hospital. Later when the school had taken over completely, ex-patients sometimes came back to the building, because they had felt at home there.

I went to Archives New Zealand and various libraries and looked through many files, newspaper clippings and books. Archives New Zealand keeps large, old books with patient files, and a lot of other information. Patient files can only be released once they are 100 years old, and it was quite special and moving to look through all this material.

There is a lot of information available, and not all is nice, but I wanted to focus on the building, the people and their experience of the building, without negating the fact that for many it is also a disconcerting place.

Documentary Drive: How many people did you interview and were they eager to share their experiences with you?

Plaatsman: I interviewed nine people for the film, and there were many more I spoke with. They were all generous with sharing their experiences. One of the unexpected and rewarding aspects of making this film was, that the people I interviewed, especially former staff, said it had been therapeutic for them to be back in the building after such a long time.

Documentary Drive: Were there any facts you discovered about Building One that surprised you?

Plaatsman: What came as a surprise to me was that Will, who is one of the ex-nurses in the film, used to work on a ward that is now the Photography area. I had not met Will before I filmed him in the building, and I took him to the Photography area to show him where I studied and to film him there. As it turned out, he used to work in the exact same area.

I was in my third year and the third-year’s classroom was known amongst students and tutors as The Fridge, because it was always so cold in there. I found out why, because Will (and this is in the film) explained it had been the bathroom of the ward.

It was special to be with him in the area I was spending so much time in and to know that he had done the same years, and years before me.

Documentary Drive: What was your biggest hurdle during production?

Plaatsman: It was only my second film, made entirely on my own, and it was a huge learning curve.

Particularly, the technical aspects proved to be challenging.

Then there was the time-frame; I had one semester to make it and four months is not a long time to make a film of nearly 30 minutes.

Documentary Drive: Apart from being the center of the film, did Unitec provide you with any additional support?

Plaatsman: Unitec did, and my tutors were wonderful and very supportive, some of them even appear in the film, and I am very grateful that they gave me so much help and encouragement to make the film.

Documentary Drive: What is one of your favourite things about the building?

Plaatsman: The remnants from when it was a hospital, like the entrance with the original tiles on the floor, the old wooden floors, the fireplaces, the long hallways, the mosaic-tiled bathroom, and also the brick exterior of the building. I also love the creative and inspiring atmosphere. It is the people who make the building come alive, and I was lucky to create lasting friendships through this building.

Documentary Drive: As an alumna of the institute’s Photography and Media Arts program, how has your perspective on Building One’s past evolved, if any, since making the film?

Plaatsman: Even though I do not study there anymore, I love going back and I feel a stronger connection with the building. Having spent time with the people who worked and lived there made it come alive even more. There is a great atmosphere and I feel sad thinking this may all change.

Documentary Drive: How did your experience making “Building One” differ from your previous film project?

Plaatsman: Building One is a communal place, and a landmark that has been occupied by many people, and that many people have connections with, or memories of. “Close to Home” deals with the people’s personal spaces and collections, and was a smaller project. “Building One” was also different because some people in the film had actually occupied the building long before I did, which I found intriguing, whereas the people in “Close to Home” were the first homeowners, and I had never been in their homes before.

Both projects are special to me, and I thoroughly enjoyed working on them.

Documentary Drive: I read that Dierdre Lynch’s 2002 documentary “Photos to Send” has had a big influence on your style of filmmaking. Can you share what it is about her film that inspires you and the types of elements you hope to parallel in your own work?

Plaatsman: “Photos to Send” is a beautiful film that has stayed with me ever since I watched it. I was touched by Dierdre’s gentle and sensitive approach. By giving space to the people she filmed, she created an intimacy and stillness, and she shows the beauty of the people with all their humour and sadness. Also she connects the past with the present, which is what I like to do in my work as well.

It would be wonderful if people find those elements in my films, and if they could touch and inspire people, as Dierdre’s film did with me.

Documentary Drive: Finally, what one thing do you hope the Melbourne Documentary Film Festival audience takes away from “Building One” and the stories it shares?

Plaatsman: We are all in this world together and even though circumstances may not be the same, sharing experiences can make us see things in a different light, and move and inspire us in many ways.

I hope the audience will be moved by the stories, like I was, and will have a greater understanding of what a unique place this is, and how many lives it has touched and is still touching today.

For more information about “Building One” and to see more of Bertie Plaatsman’s work, visit bertieplaatsman.com and be sure to follow Bertie on Twitter. 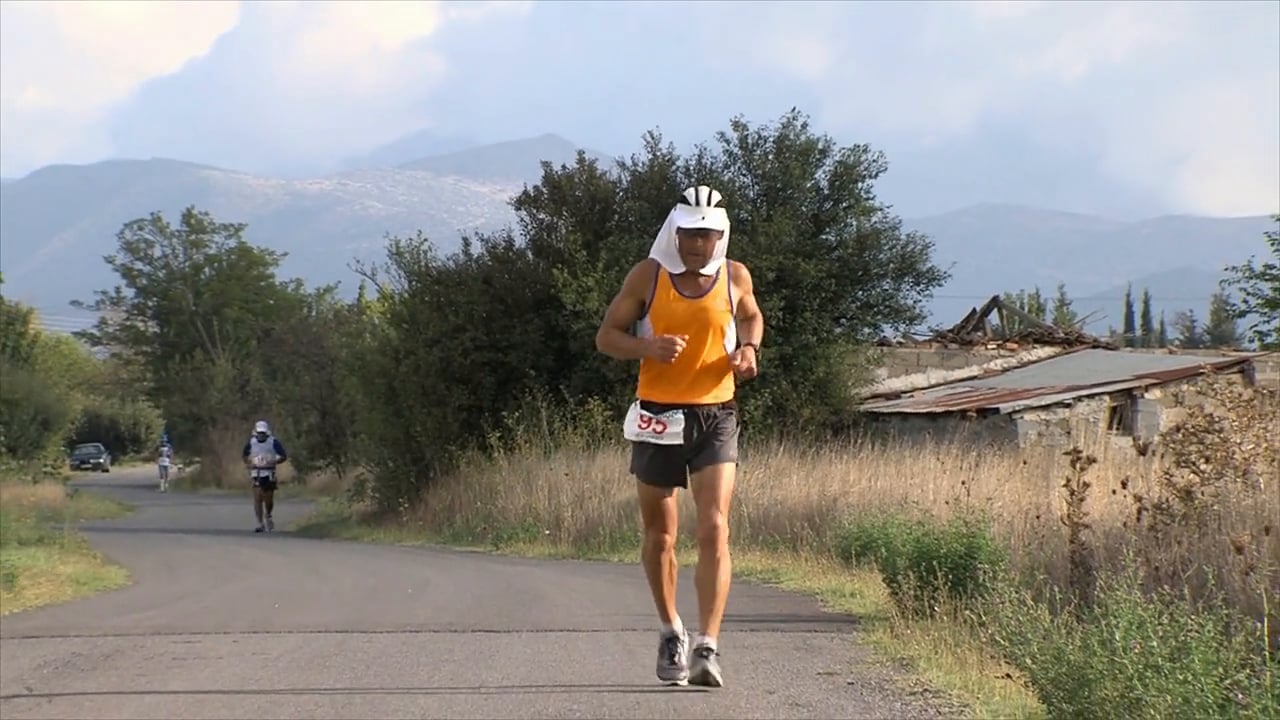 Interview: Directors Barney Spender and Roddy Gibson on the Making of ‘The Road to Sparta’ 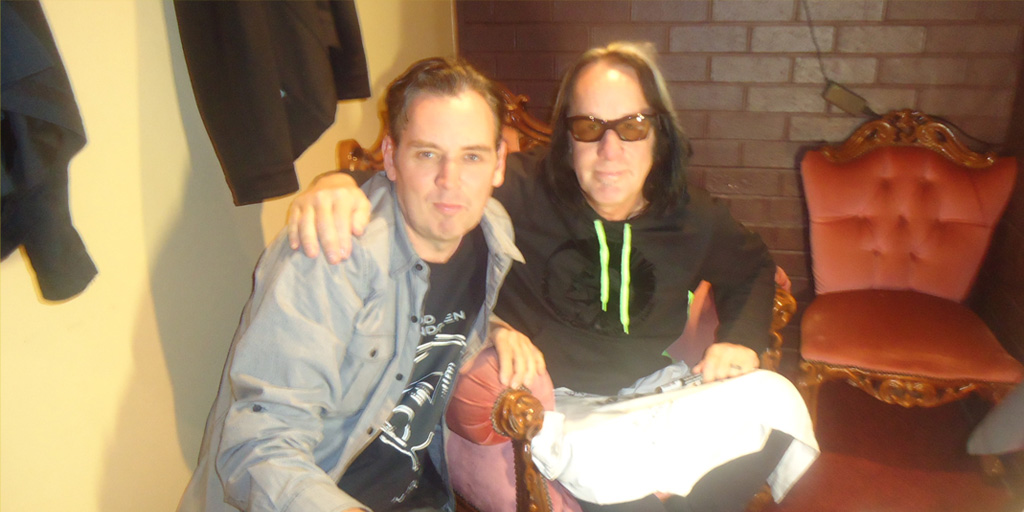 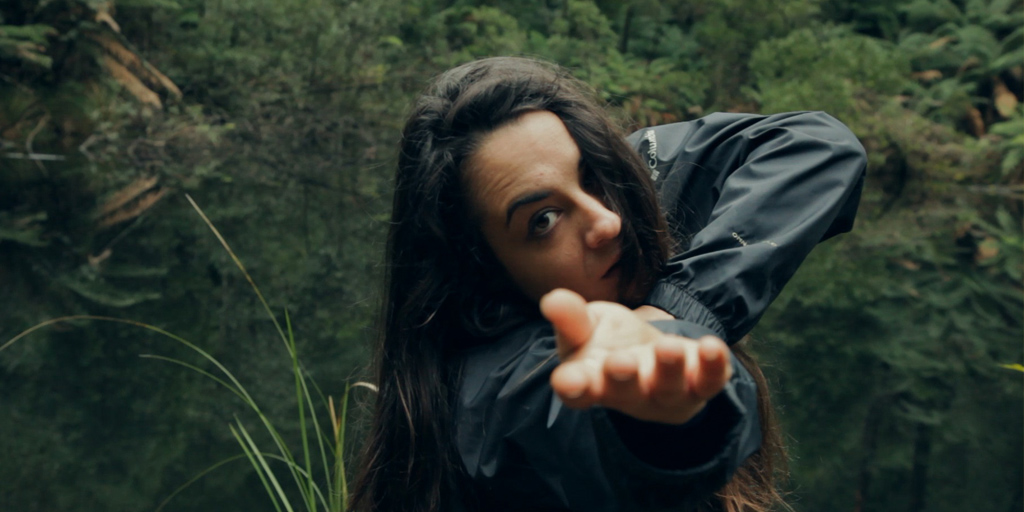