What makes Melbourne the world’s most livable city? Many have answers but few explain it in a more lovable and witty fashion than filmmakers Sam Gould and Chloe Christodoulou in “Melbourne: A Guide to Living.”

The hilarious mockumentary, screening July 11th at the Melbourne Documentary Film Festival, takes viewers around the city with Melbourne’s most ‘knowledgeable’ (and, as you’ll see in the film, limber) tour guide as he divulges the idiosyncrasies that make Melbourne so darn wonderful.

Sam and Chloe, who hail from England, made the comedic film while on a working holiday in Melbourne with a small budget and a crew of just three people.

Now back home, the duo talked with me recently about their love of comedy, what drew them to the mockumentary format, and their best memories of making a film in the most livable city on earth.

Can you tell me about your filmmaking backgrounds?

Sam: I was lucky enough to start secondary education at Parkside Community College in 1997 in the same year that it was made the first school in the UK to be designated a specialist Media Arts College. With lottery funding the school got a lot of film equipment including a fully equipped media suite. I then studied Media Studies at Sixth Form College after leaving school. So my interest in film was ignited early on, but it was an interest in writing that I really wanted to pursue, and comedy had always been the main focus of my writing inspired by both my parents who had written and performed comedy themselves.

Chloe: My interest in film started when I was a kid watching absolutely loads of films. I did a month’s course at the London Film School and then went on to study for a year at the New York Film Academy. It was during that time that I realized I had a particular interest and skill for cinematography. I was really inspired in particular by the use of natural lighting and non-complex setups. After finishing my studies I worked on film sets as a camera assistant for a number of years, gaining experience on a whole range of different projects.

Why the spoof route over a more traditional format?

Sam: Chloe and I really hit it off through our shared love of comedy. I hadn’t met anyone else with such a pure love of comedy; the need to workshop every little joke in daily life until the punch line is just right, even over the simplest pun. The Melbourne film is actually a sequel to a guide to London we made a few years ago and it was essentially a format which allowed us to string together a number of different sketches, comedy bits and erroneous facts about the city. We actually both have a real interest in serious documentary film making, but I guess the instinct to make something funny is there in both of us and it would probably always derail any attempt we made to be serious.

Chloe: Yeah, I guess it’s just simply that our main interest lies in making comedy films, and the mockumentary style is just one way of doing that. I’d love to make a serious documentary some time, but I think that even then it would be focused on a niche topic or something which had some inherent humour to it.

How long did the film take to make?

Chloe: We came to Melbourne on a working holiday and lived here for 8 months.

It had always been our intention to make the film having made a film about London already.

We just sort of observed the culture and soaked it all up for the entire time we were here, thinking about what might work as jokes and noting it down. As an outsider you have fresh eyes to make observations which natives probably wouldn’t think twice about.

Sam: Yeah, the writing was done bit by bit over the course of our time here and then the film itself took about a month to make, spread out over several days. We’d head out just the two of us and wander around the city getting stock footage, then we did a day of voice over work and three really fun days of filming with Tom and all the great actors he cast for the film.

What aspects of life in Melbourne does the film touch on?

Sam: The film is structured around a tourist guide format so tries to cover the expected ‘where to goes’ and ‘what to do’s,’ but also covers the history of the city, its weather, and asks the question ‘what is a Melburnian?’ As visitors to the city the things that most stood out to us were the obvious tourist things like backpackers, the time difference, and the mammoth journey taken to get here. We also became aware of the scare stories typically used to bait travelers such as those about drop bears. We didn’t bite though; can’t fool the foolers. All of it was ideal material for the film.

“Melbourne: A Guide to Living” is part-two of a trilogy. The first film takes place in London and the third will be about New York. Had it always been your plan to make three separate films in three different cities?

Chloe: Definitely not, because the London film came about quite organically on its own as an excuse to put together a number of different comedic ideas. Then when we later decided to come to Australia it seemed like a good idea to make a sequel, especially since we’d become familiar with the format. We both love New York, so to make a trilogy seems like a good excuse to go and live there for a while.

When people think documentaries, they don’t usually think “Yes, comedy gold!” How do you see the two genres fitting together and why do you think it works so well in your films?

Sam: I don’t think it’s a surprise that there’s been a huge surge of fly-on-the-wall style mockumentary comedy since “The Office.” But I think our style of comedic documentary developed out of a different tradition led by people like Armando Iannucci and Chris Morris with shows like “Brass Eye,” “The Day Today” and “Time Spiral.” Whereas in “The Office” the joke lies between where David Brent sees himself and where the audience sees him, with shows like “Brass Eye” the joke lies between the ridiculous assertions being made and the absolute authority with which they’re told. The joke is almost on the audience, you’re either in on the joke, or the joke is on you.

You want to see who will get it and who won’t even question it. It’s also a way of highlighting irony and hypocrisy or sending up authority and pomposity in real life, and so grows out of that satirical tradition as well.

I think it works well because as others have said before, you’re looking for the ‘right’ audience. You don’t want everyone to get it, so that those who do can enjoy it even more. There’s a satisfaction in that light bulb moment when you realize it’s a joke. You’d be surprised by how many people still take the films as absolute fact and don’t even question what they’re being told, even the most blatant ridiculous lies.

You shot the documentary while on a working holiday in Melbourne. What drew you to Australia and specifically to Melbourne?

Chloe: Weirdly we had never planned to come to Australia. I think the journey just seemed too far. We’d originally planned to go to Canada and then at some point the plan kind of changed without us really realizing. But then Melbourne seemed like such an amazing place and somewhere we were utterly suited, and in Australia it had to be Melbourne, Sydney wouldn’t have been right for us at all. We loved it a soon as we arrived.

Sam: It’s the ‘Most liveable city on earth’! Apparently. It seemed like a great destination for an adventure. Can you share one of the coolest experiences you had while making the film?

Sam: The coolest experience for us was just working with new people. We met Tom while working at the comedy festival and had loads of fun with him just messing about while filming, coming up with ideas as we worked.

He also completely cast the film from actors he knew and it was a great experience having everything brought together for us and getting to meet and have a laugh with so many different people.

The whole atmosphere of the shoot was very easy and loose. But as a I say, working with Tom and finding ways to ad-lib things on the day was always lots of fun – particularly the scene feeding the pigeons outside the State Library.

Chloe: Just having the privilege to live in another world for 8 months and soak it in until it became normal. We miss the sounds, smell and feel of Melbourne; tram bells, butcher birds, eucalyptus. The whole 8 months was an amazing experience, it’s hard to always know where the film and the experience separate.

Did you face any uniquely Australian challenges during production that were different from your previous filmmaking experiences?

Chloe: Actually not so much. The biggest challenge to making this sort of film is the weather. In London we would hold off for days waiting for a clear day to film outside. Even though there would have been a joke in making the place look absolutely miserable we wanted to wait for nice sunny weather. Despite Melbourne’s sometimes erratic weather there wasn’t any issue with that here. And you’re blessed with such great sunrises and sunsets that it instantly increases the visual quality of the film.

Sam: Yeah, I’d like to say that the camera stopped working from humidity or that we were suddenly plagued by locusts or spiders but it never happened. It was actually quite an easy shoot. We filmed in July so it wasn’t too hot either otherwise that might have been harder.

Finally, is there anything you’d like Melburnians to know about your portrayal of their city? And how do you hope they react to the film?

Chloe: Probably just that we loved our time in Melbourne and that every joke is made with love and affection. We hope that comes through in the film as it’s certainly not meant to be a derisive portrayal.

Sam: We’re lucky in that Aussies and Brits not only share a sense of humour but that there’s also now a lot of cross-over in our comedy scenes. It’s also clear to anyone who visits just how proud Melburnians are of their city and just how important that is to their identity, so we hope they’ll enjoy a wry look at themselves, as well as just enjoying an outsiders take on it all. 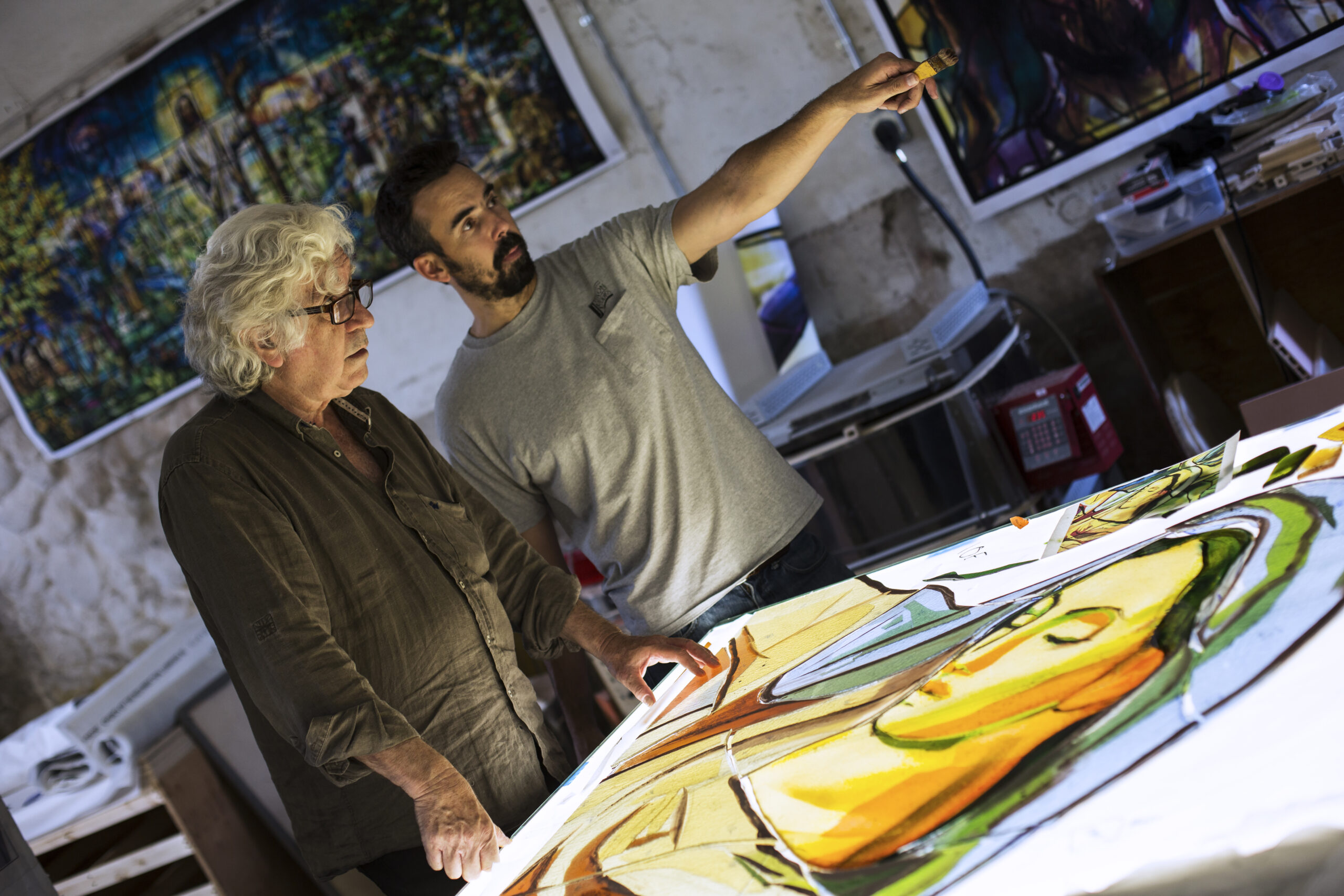 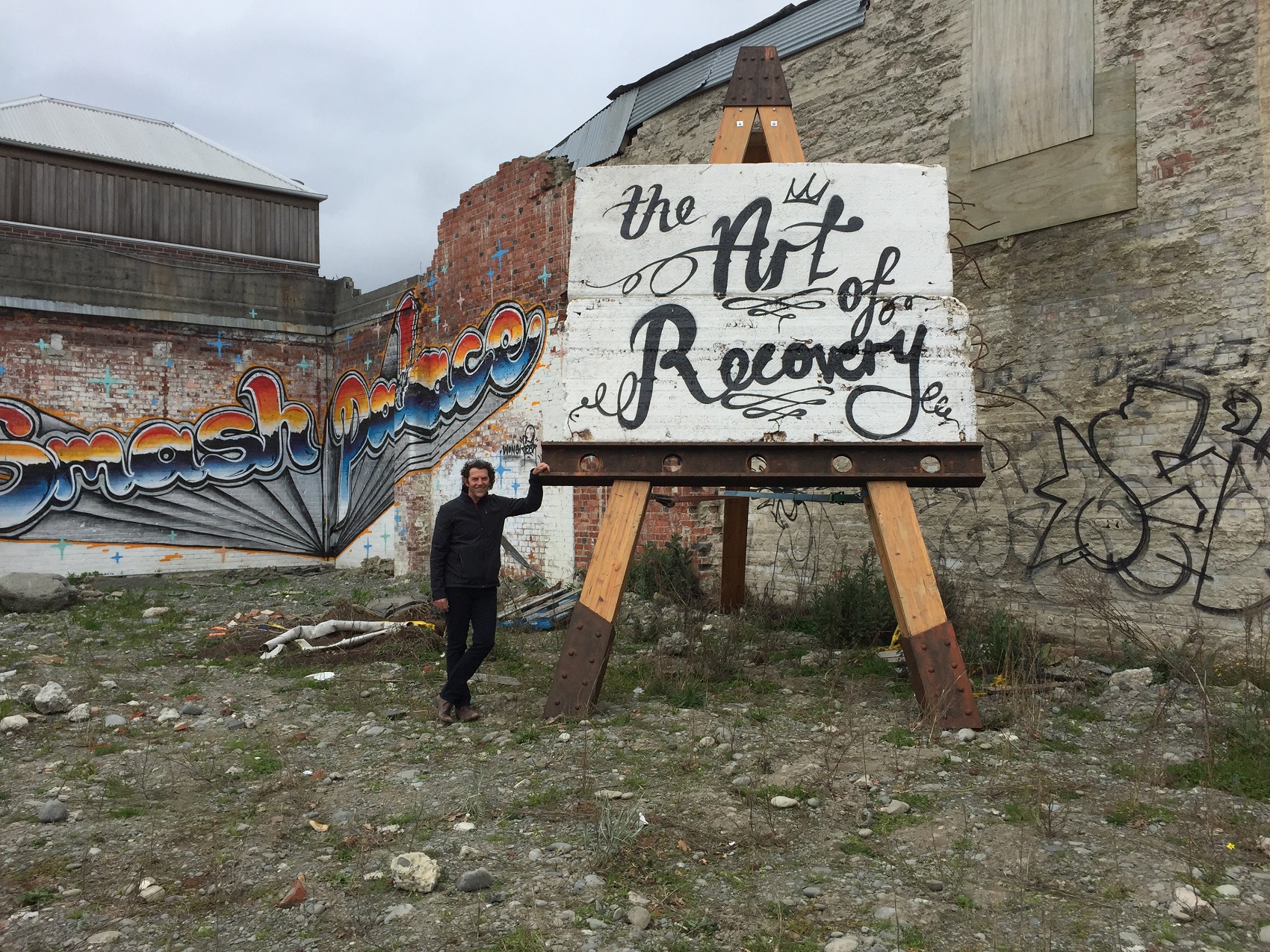